When the town of Alamogordo was founded in 1898, a number of Freemasons were already meeting informally in an adobe building at the southwest corner of 9th Street and Maryland Avenue. The building was either the livery or a furniture store. Their purpose was to establish a Masonic Lodge in the new town they were building. Their efforts culminated in the Lodge receiving a charter from the Grand Lodge on October 16, 1900, with Robert White serving as the first Worshipful Master. 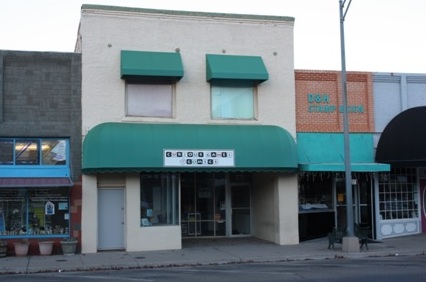 The Lodge first rented space on the top floor of the building at 909 New York Avenue. The room had been used by the Knights of Pythias and the Lodge purchased the furniture from them. Initiation fees were set at $50.00 and the annual dues were $5.00 per member. At the time, $50.00 represented a laborer’s wage for one month. 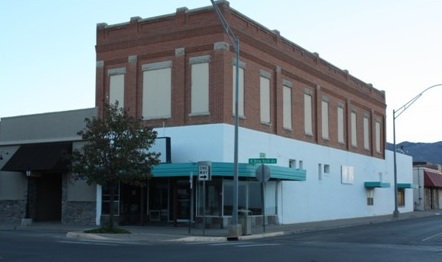 In 1908, the Lodge moved to the second floor of the G. W. Wolfinger building at 900 New York Avenue. This was also known as the Knights of Pythias building. The Lodge rented the space for $40.00 per month. 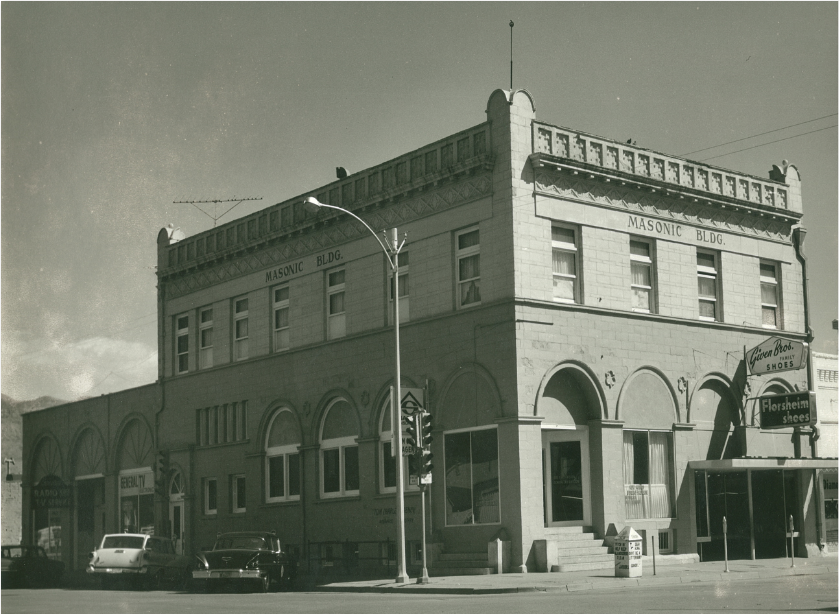 In 1913, the Lodge rented the top floor of the 1st National Bank building at 10th Street and New York Avenue for $30.00 per month. The Lodge later purchased the property after the bank folded during the depression. Access to the Lodge was on 10th street and there was no elevator. The building did not provide adequate meeting and dining space. It should be noted that the current 1st National Bank in Alamogordo is not the same bank. The top floor, which housed the Lodge room, became unstable and was removed after the building was sold. 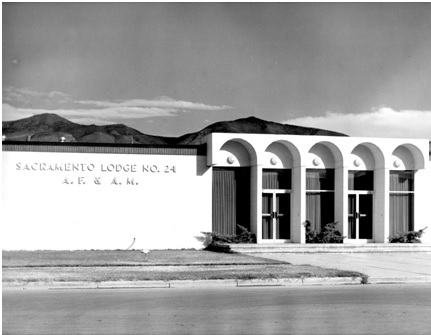 In 1963, the Lodge constructed a building at 1100 Vermont Avenue. The Lodge had previously purchased the property for the purpose.  A dining room and kitchen were included and the Lodge now had space for banquets. The front of the building featured three large windows and two entrances

Due to recurring damage, the plate glass windows were replaced with a colored plastic mosaic in the 1970’s. The Lodge room was improved with carpet, paneling and theater seating. In 2006, adjacent property on the north side of the Lodge was purchased for parking. 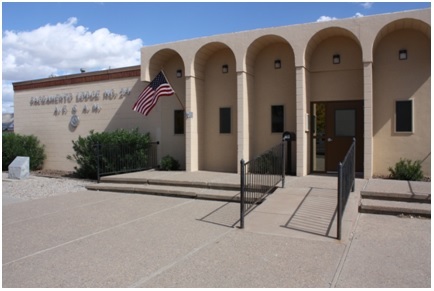 In 2013, the lobby was completely remodeled. The windows and doors were replaced with smaller energy efficient windows and a single entry door. Fencing was added along the east side of the property. In 2015, the bathrooms and hallway were remodeled. in 2017 a storage building and covered patio were added and the dining room was remodeled. The members continue improvements to ensure the building will meet the needs of future generations of Freemasons.

Brother Oscar E.L. Newman, a teacher at the New Mexico School for the Blind and Visually Impaired, served as Master in 1945. Brother Newman is still the only member who was appointed to serve in the progressive Grand Lodge officer line. He was elected Grand Master in 1963. Brother Newman was legally blind and traveled by bus and train to visit Lodges and attend to his duties as Grand Master. Two other members later served as Grand Master but they were not members at the time of their appointment to the progressive Grand Lodge officer line.